The second biannual meeting of 2019 of the network of FCL Lead Ambassadors took place in Madrid. During the meeting, the ambassadors had the opportunity to visit a public school (CEIP Santa Ana) and a public university (the Complutense University of Madrid) that have implemented the FCL project with different learning scenarios. About 20 FCL Lead Ambassadors took part in the meeting and we were cared for excellently by our host Nacho. The meeting took place at INTEF which is situated in the Ministry of Education. 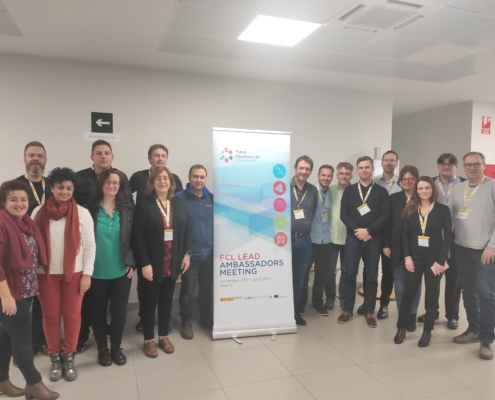 During the three days we had several round the table discussions about current topics in the network. The European Schoolnet is interested in organizing an FCL research program with Patricia Wastiau acting as the promotor for this important theme. We are planning to continue the webinars and there will be the 2nd School Innovation Summit in Brussels in June.
In the Colegio Santa Ana the pupils had organized interesting activities to the group, and they presented their lab with great skill and a lot of pride. The school is situated Pedrezuela and we went there with a bus. 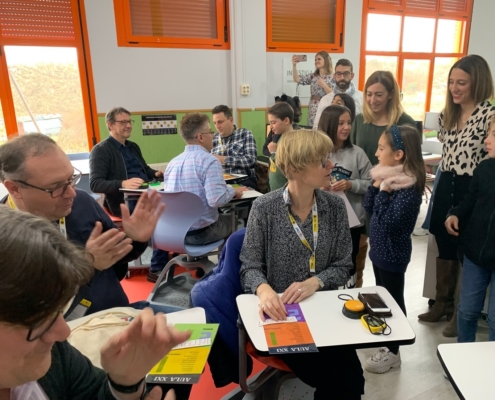 Our second place to visit was at the Complutense University of Madrid. They have set up a “Hiperaula” and it was made to shake up the foundations of university pedagogy. It was really nice to hear about changes that have taken place after the transformation of the learning space. We also visited the lab at INTEF. 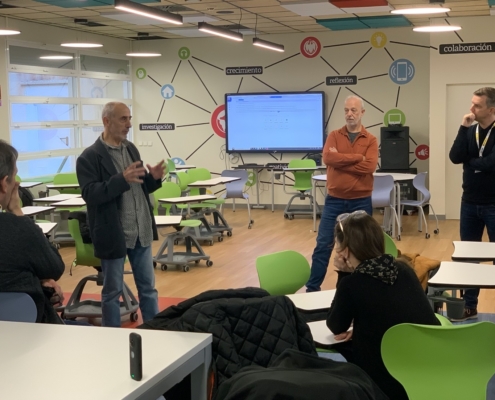